Unfortunately, after losing to Real Madrid, Betis coach Pellegrini expressed dissatisfaction with the referee's penalty in an interview. 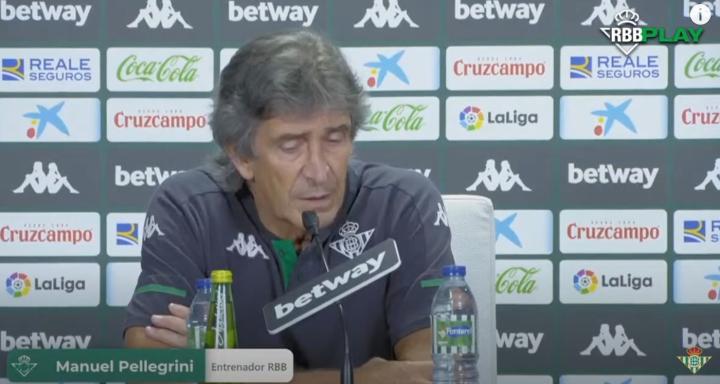 I think we performed better than Real Madrid throughout the first half. We were on the right path. Later, the scene was more balanced. After the penalty kick and the red card, we couldn't evaluate it. VAR, penalty kicks, red cards sent off... these things put together too much.

Before the penalty kick, they told me that Mayoral had an obvious offside. The referee's decision was crucial. I don't know if their judgment was correct.

I just said that it is difficult to confront these. The referee should provide justice, but all fairness is for Real Madrid. The video should be viewed. I agree with the team’s performance at 11 11. I should see Emerson’s own position of Benzema when he was owning his own. He was offside, but the TV footage and VAR decided...

For me, the first positive aspect is that I am extremely confident that we are on the right path. We outperformed Real Madrid at 11 on 11, and the team's performance and attitude on the court comforted me.

I like VAR, but unfortunately, sometimes VAR is bad for us.